On his Majesty's Secret Service 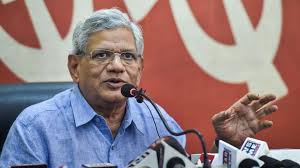 Sitaram Yechury, the erudite General Secretary of the Communist Party of India (Marxist) has described the post of governors as “superfluous”, and suggested it be abolished. There were innumerable examples of governors exceeding their brief, many have imposed central rule in the states, and courts have intervened in time to put them in place, he elaborated

The  provocation  for Yechury’s suggestion is Kerala Governor Arif Mohammad Khan pulling up Chief Minister Pinarayi Vijayan’s government in full public view. He was angry that the government had gone to the Supreme Court to seek the abrogation of the discriminatory Citizenship (Amendment) Act, 2019. The state government did that after passing a resolution in the legislature. 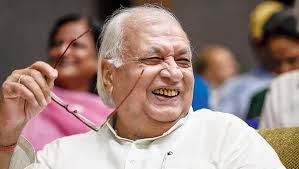 Khan’s ire was also because he was not consulted and bypassed. That he said , was unlawful. “I will not allow the Constitutional machinery to collapse in the state”, Governor Khan has asserted.
According to Yechury  Article 131 of the Constitution allows the state government to do what it did. However that showdown in Kerala plays out, the fact is that the governors represent the Central government. While they are meant to be wedded to the Constitution, many have preferred to be the handmaid of the political party that has appointed them to that post.

Governors keeping an eye on the political interest of those parties are not new. In the old days, state governments of opposition parties have been dismissed when the dispensation in South Block has changed. Indira Gandhi’s tenures in office have seen elected governments dismissed and President’s rule imposed , 39 times.  The short-lived Janata Party did it 9 times.

But lately the Raj Bhavans have become the BJP’s offices in the state(not that they don't have party offices) thus helping them get a foothold—actually much more—in the politics of states where they are not in power. The political party needs them when elections throw up a hung assembly , and the governor can tilt the scales, whichever way he or she chooses. And they seem to need them the more to ensure the non-BJP state governments are not allowed to function. Delhi Chief Minister Arvind Kejriwal and Puducherry Chief Minister V Narayaswamy will vouch for that. Both have knocked at the Supreme Court and won back some of their rights in the matter of governance. Narayanswamy even petitioned the President of India, to recall Puducherry  Lt Governor Kiran Bedi, saying she was “impeding” decisions of his cabinet.

If Maharashtra Governor Bhagat Singh Koshiyari did not have that extra ounce of affection for the BJP, would he have received a letter from former chief minister Devendra Fadnavis staking his claim to form a government at 12.10 am? And worked to get the President’s rule in Maharashtra revoked by 5.47 am, and administered the oath of office to Fadnavis and Ajit Pawar in an almost clandestine manner by 8 am? There was nothing illegal, but the hurry only confirmed that the Raj Bhavan had become the BJP’s office in the state!

The BJP’s master stroke in using the Raj Bhavan was the way Article 370 that gave special status to the former state of J&K was scrapped. Under President’s rule, the Governor had the powers of the legislative assembly, which has power to recommend the abrogation. It was that simple.

Like New India and  New BJP, the Raj Bhavans across the country have also acquired a newsness about them.