Future tense as Opposition parties say no to CAA,NRC 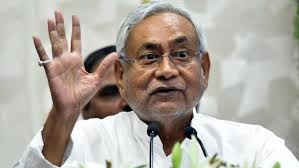 When Bihar Chief Minister and Janata Dal (United) supremo Nitish Kumar called for a debate on the controversial Citizenship (Amendment)Act 2019, and declared that he would not implement the National Register of Citizens in Bihar, it must have been the BJP' s " et tu, Brute?" moment . His party is an important ally  of the BJP in the NDA  government, and the state goes to polls in September this year.

With Nitish, the number of chief ministers who have said they will not implement the CAA and the NRC goes up to over 13. Kerala assembly has passed a resolution to that effect. Punjab Chief Minister Amarender Singh has said he will not put the state government employees on that job.Even the Assam Chief Minister Sarbananda Sonowal  of the BJP is apparently not favorably inclined to it! So much so the Congress  has invited him to defect with his MLAs , drop the lotus and wave his hand -- a Congress hand , and convert his BJP  government into a Congress government!!

Though the CAA and NRC are Central subjects, whether it is elections or census or National Population Register, the Centre cannot accomplish the task without the cooperation of the state governments.

The protest on the streets is gathering strength, and emboldening political parties to take on the government. The Centre will soon be faced with a tough choice : either  rescind the CAA -- saying anything from sorry to a convenient,  "India is not ready for this today", or face serious trouble. 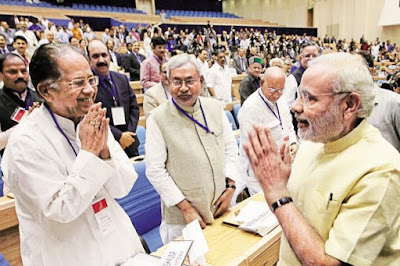 It will be far too much to expect any government, particularly the one helmed by Prime Minister Narendra Modi and Home Minister Amit Shah, to roll back the discriminatory law under pressure from the public or the Opposition.The two are indeed made of sterner stuff.  Remember,  in spite of the nationwide protests,  the government notified the CAA on Jan 10. And when trade unions were on a Bharat Bandh on Jan 8, protesting against disinvestment and privatization, the Cabinet Committee on Economic Affairs announced “in principle” approval to disinvestment in many public sector units.

Shah has been saying they will not rest until citizenship   has been granted along the  lines of their law. Modi has twisted the reasons for the protest, saying no Indian was going to be denied citizenship. Both  have skipped the very basis of the protest-- religion coming into the path of the citizenship process.

There are two things they could do.

First, they will squeeze the states of anti- CAA chief ministers,  dry them of funds. Shashi Tharoor, the Congress leader and MP representing Thiruvanandapuram in Kerala says the Centre has refused the state funds for flood relief, in spite of the fact that the tiny coastal state was ravaged by floods like no other. More such denial of funds on flimsy grounds --but really on account of the politics of CAA --will expose Modi's " cooperative federalism".  The protests will gather momentum and the Governors could be physically targeted, leading to even more chaos.

Second, the Centre can dismiss the state governments citing  law and order problems, and impose President' s rule, and complete the NRC groundwork. It is another matter that the “hum documents nahin dikhayenge “ (we won’t show our documents) campaign is spreading like wild fire on social media. This could reduce the exercise to a farce.

The way out clearly rests with  the Supreme Court which is slated to take up a clutch of petitions against the CAA  . If the apex court pronounces it unconstitutional, the matter ends there.

That makes the possibility of scenario one—the Centre denying funds to the states  that refuse to implement CAA -- more real. But can President' s rule go on for ever,  till May 2024?

The Constitution allows for Presidential rule for six months, with an extension of a second six month period, unless there is an Emergency !

Testing, protesting times seem to be ahead of us.