Silence that Speaks, Loud and Clear 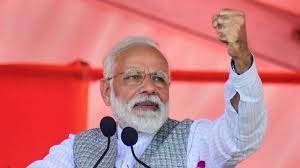 As round-the-clock Shaheen Bag- like protests spread to new locations in the country, one question being asked is , why does Prime Minister Narendra Modi not open a dialogue with the protestors.

Prime Minister Modi held his only press conference in his first term in office, on 17 May 2019, at the BJP headquarters, as the curtains fell on the campaign for Lok Sabha 2019.

The leader with the best communication skills today, Modi clearly enjoys public speaking.He has bashed the Opposition parties, and their leaders , at rallies and public meetings. He has also spoken about the achievements of his government.

There is a selective pattern to it. Recently in Kolkota, Modi referred to the protests against the Citizenship (Amendment) Act 2019, and with a characteristic wide mouthed smile, assured everyone that the law was "granting citizenship, not snatching anyone' s citizenship".

Had he said that at a press conference, dozens of hands would have been raised at once. The reporter given the opportunity ,would ask : " Prime Minister Sir, the protests are not because people fear they will be deprived of their citizenship. It is to protect the Constitution. It is because the CAA is discriminatory on religious grounds. Doesn't the law violate the Constitution? ".

If he chooses to not answer, his silence will speak more loudly than a million words. The Prime Minister' s response,on the other hand, can lead to more questions -- by other reporters. At the end of it all, his answer would boil down to a yes or no.

That is why Prime Minister Modi does not go beyond a monologue, a rally speech, or a “Man ki Baat”.

But in all fairness to Modi, it must be said that he has done two or three television interviews.  The channels are chosen, questions are received ahead of the shoot, they are selected and rejected. At the end of the day, the channel is on cloud 9 over the exclusive interview with the Prime Minister, others in the media and news-hungry viewers are left with the feeling that they are exclusive guests at the PM' s  rally! 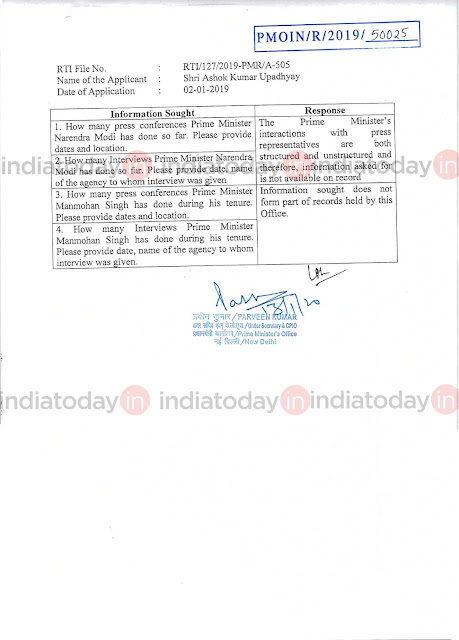 In reply to a Right to Information application filed by a television channel, the Prime Minister’s office said a few days ago, that it had no record of the press conferences and media interviews given by Prime Minister  Modi in his more than 5-year long tenure. The Prime Minister’s media interactions are both, “structured and unstructured”, the PMO said, without explaining what that means.

PM Modi' s one-way conversation comes up for criticism by political analysts because such speeches result in people hearing half-truths, and twisted facts.

In his campaign days of 2014, Modi who took India by storm with his fabulous public speaking skills, mocked the then Prime Minister, Dr  Manmohan Singh calling him " Maun Mohan Singh". " Maun" means silent.

The quiet “Dr Saab” who does not indulge in political fisticuffs, last year released six volumes covering everything from his days in school to the time he was prime minister of India. Far from being “maun” he had spoken a lot, and never shied away from interacting with the media, he said. One of the volumes comprises his countless interactions with the media. Dr Singh recalled how in spite of his officers suggesting that he does not address a  press conference, he has gone ahead with the interaction, and many such were impromptu.

“History will judge me kindly”, the economist -PM had said.

The current prime minister need not worry about that. History, after all, can be rewritten.