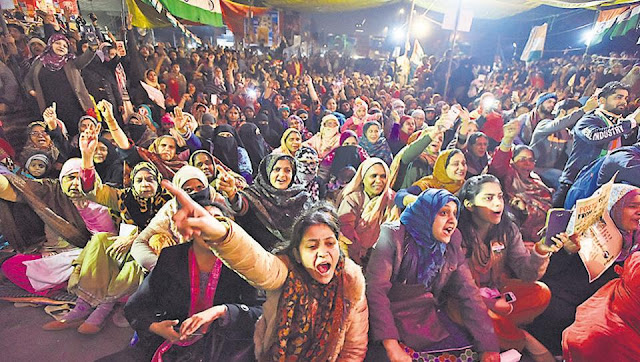 Should the Ladies of Shaheen Bagh give themselves  a break till voting for Delhi assembly ends on Feb 8?

The  Thursday incident at Jamia where a 19_ year old shot at protesting students, could be a  sneak  preview of what could happen at Shaheen Bagh in the coming days. His battle cry was "Yeh lo Azadi" . Fortunately no one was killed. 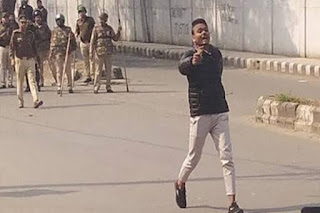 Such violent incidents  will give the Home Ministry reason to cite failure of law and order , dismiss the AAP government, impose President' s rule and most importantly postpone elections that don't seem to be going in BJP' s favour.

The BJP has made the sit in that has become __ to borrow from union law minister Ravi Shankar Prasad' s  description  of Shaheen Bagh __ a text book case , its only issue in the Delhi assembly elections campaign.  Without an alternate and better vision for the capital territory, and unable to discredit the AAP' s work on the ground effectively, the saffron party has brandished it's never_ fail_you weapon: polarise voters communally.

But when even that  does not appear  to be  promising victory, President' s rule that will give Home Minister Amit Shah direct control, is their only bet to stall defeat. Violence in Shaheen Bagh will help them get that.

The BJP  improved it's position in Lok Sabha hugely in the general elections of 2019, but the last few assembly polls have not gone well for the party. They have recently  lost governments in Maharashtra and  Jharkhand, raising doubts about their self_ perceived invincibility. More importantly, Shah' s " master strategist" image has taken a serious drubbing. If  both these are redeemed in Delhi, that will be the icing on their Lok Sabha cake, as well as the crown that can make Shah a Badshah!

Taking a 10 day break  from the protest sounds a good and smart idea. Only the weak will see it as a weak step, only the scared will think it is a sign of fear. And the world knows the women of Shaheen Bagh are brave as brave can be.EEven

Mahatma Gandhi, whose martyrdom day we are marking today, has suspended his " satyagraha" without losing his cause.

Shaheen Bagh aims to defend the Constitution and protest against the discriminatory CAA. It should not be the reason for BJP snatching Delhi. 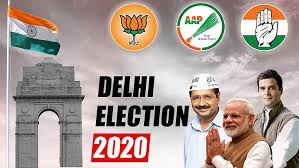