Tukde Tukde Gang and others 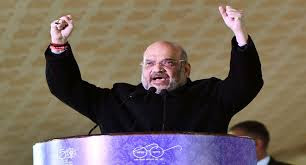 On Thursday, the really fresh  news that  all the news websites and social media  flashed  was, “Home Ministry dumbfounded by RTI seeking details of ‘Tukde Tukde Gang’ members.” And even as his ministry was probably wondering how to respond on something that has not been mentioned in any  of its official papers or reports, Home Minister Amit Shah used his favourite set of three words –Tukde Tukde Gang—in far away Vaishali district of Bihar.

It was not in the context in which the he had used it for the first time, probably when the Kanhaiya Kumar issue rocked the JNU. This time, it was about Delhi Chief Minister Arvind Kejriwal, who Shah alleged was shielding the "gang". Delhi is going to polls on Feb 8.

Shah used the three words in different contexts. When other political parties came together to collectively challenge the BJP, as happened in many assembly elections, he called them the "tukde tukde gang".Over time it became apparent  that when he used those three words, he was refering to  those who were opposed to the BJP or the Modi government. Not really. He meant those who were opposed to Prime Minister Narendra Modi or himself.

And in no time, the Prime Minister as well as other ministers and party leaders began using the words for any one or any group of people who had views different from them. Possibly once Shah explained himself, saying they were people who wanted to break the country into pieces –tukde, tukde. 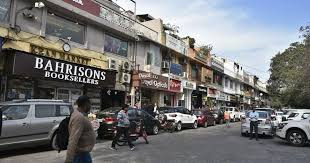 Politicians are a creative lot. Some among them write fiction or poetry,and many have a natural flair for political slogans or words. The Modi-Shah duo has thrown up some words that history will remember them by—though they will be remembered for very many things, in Gujarat and elsewhere in the country.

“Khan Market Gang” was another set of three words, the Prime Minister has used more than once. BJP spokespersons have explained that as referring to those who “come with entitlements”. Their tone when referring to the Khan Market Gang smacks of total hatred for the children and grandchildren of those who have slogged it out, done well for themselves, sent their children to public schools and excellent institutions, and possibly have an animated   conversation over coffee  instead of “chai pe charcha”. Khan Market incidentally is as famous for its old book stores as for the new restobars. Rahul Gandhi as president of the Indian National Conference was specifically identified as a member of the Khan Market Gang! “Shehzade” was also a nickname the rival party gave the Congress leader.

When the Indian army carried out pre-emptive strikes on terrorist bases across the Line of Control in Sept 2016, Prime Minister Modi and his cabinet hailed it as “surgical strikes”, using the words with the sense of achievement of someone who comes first, for the first time. It was nothing that the Army had never done. In fauji language it was a “cross border raid”, where you cross the border, and raid the enemy—take him by surprise! But it took a BJP and the Modi government to talk about it. Now the words “surgical strike” will belong to the current twosome of the BJP.

If  those who disagreed with them were not really entitled enough to make it to the Khan Market Gang, and belonged to India’s big cities, they became “urban naxals” .Most of the Communist party members and supporters came under this category.

Not all of the words or phrases that people will associate with the BJP, have a negative connotation. “Achche din” for instance. People are waiting for them to come, and waiting to hear the BJP leadership spell out how and when that will happen.