For the MSMEs, now is the time to act 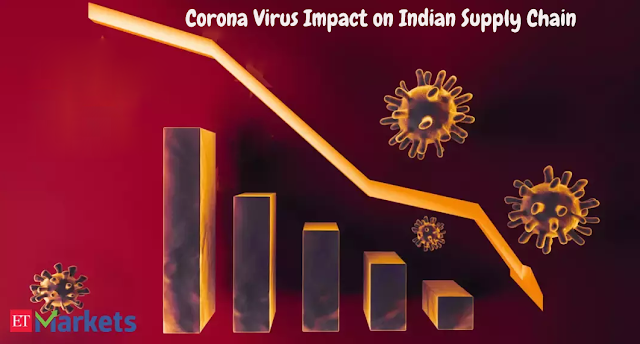 "If everyone coughed or sneezed into their elbow or a tissue (not into the air or on their hands), the germs would not travel very far. And if everyone washed hands with soap before preparing food or eating, that route of transmission would end.

Thus, an immediately effective response would be for each government to start a crash national program to disseminate these safe  behaviors." That is what |Warwick J McKibbin, Nonresident Senior Fellow-Economic Studies and Co-Director, Climate and Energy Economics Project, and David Levine, Professor, Haas School of Business at the University of California, Berkeley, have said about the immediate way that the global community can slowdown the spread of Corona virus, even if we wait for a vaccine.

But there is apparently no similar  immediate, simple, way of dealing with the fallout of the virus on economies all over the world. According to the World Health Organisation, it could get  pandemic. Markets everywhere have plummeted, and the supply chains have got disrupted. There is panic that governments are attempting to keep to themselves in order to not hurt the public and market sentiment further, even as most have swung in to take steps to deal with the lock down in China, which thrives on exports. 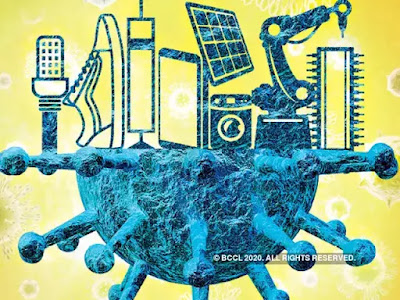 The situation, while not alarming yet for India, could become bothersome if it continues this way beyond the second quarter of the current fiscal. Worst hit will be the pharma sector, the automobile industry and the electronics sector, particularly the manufacture of cell phones . India is the second largest manufacturing hub of cell phones including smartphones, next only to China. According to www. electronicsB2B.com,  "The potential for mobile device manufacturing in the country is expected to grow and reach a turnover of US$ 230 billion by 2025. By that year, it is anticipated to become an export-oriented industry, creating 4.7 million jobs in India"
India does not really manufacture the cell phones from start to finish, but assembles them. There has been no indigenous ancillarisation of the very tiny parts that, sometimes are produced in just one factory somewhere in China, for most brands that end up in the users' hands. And there is no way we can set up those factories in a reasonable time frame.
The temptation to take advantage of the situation post the corona virus in China, is theoretically very much alive in Indian minds, at all levels. But theoretical it will remain, for most of India's manufacturing sector is also part of supply chains, manufacturing a particular component, and shipping them out. Even if 99 % of a particular phone or any other electronic goods can be made, it will be impossible to finish the product locally.
Brokerage firm Centrum Broking however believes it is possible to work towards "reducing" our dependence on imports from China. India's MSME sector in particular had been crying foul against what they called China's "economic terrorism", and had even sought a ban on import of Chinese goods in order to ensure the growth of Indian industry.
But now when faced with reality and an opportunity , most of them appear to have developed cold feet.  For , all the hype and hoopla notwithstanding Make in India  is only make parts of it in India, and at best we can try to reposition ourselves as an alternative supply chain source.

But there is definitely an opportunity for our industry and trade bodies to send delegations and explore opportunities. This could result in job creation at home.