Missing in Action, stories that make a case for Indo-Pak talks 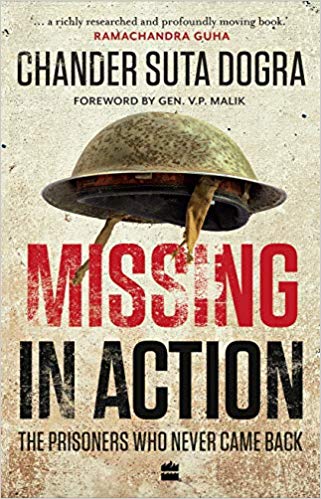 Maj Ashok K Suri was the Quartermaster of 5 Assam Regiment days before war broke out in December 1971. He had just picked up his rank, was all set to marry, and also play hockey, when he took charge of a small convoy of vehicles containing arms and ammunitions and rations. As the story went, he came under heavy shelling, was wounded, rushed to a hospital where he breathed his last. A Capt B S Negi cremated his body.

That's  what the young Major’s father,R S Suri, was informed on Jan 21, 1972, about five weeks after Pakistan surrendered. It was a story he did not buy from the word go. He had by then received four contradictory information about Ashok’s death: that he was wounded in action on 5 Dec, that he expired on 15 Dec, that the Commanding Officer of 5 Assam came to know of Ashok’s death only on 7 Dec.

The father who ran a yoga centre put on his boots to find out the truth. Rather find his son. This rare, determined father gave up everything to remain singularly focused on tracing his son, virtually banging his head on a wall of a nonresponsive state, in a denial mode.

Did my Ashok die a hero’s death, was he wounded in action, was he alive, where was he, where is the dead body, where are his belongings? The government at all levels was ignorant or indifferent, or cagey to talk about Maj Suri.

The valiant  father proved that his son was alive, adduced a couple of letters written by him, and proved that  beyond all the prisoners of war (PoW) who were exchanged between India and Pakistan, there was a category of prisoners Pakistan held—as did India. The establishment in Pakistan described them as “security prisoners”—euphimism for spies.

Maj Suri’s  story forms the prologue of  Chander Suta Dogra’s “Missing in Action: The Prisoners who did not come back”.

Parliament had mentioned 54 missing defence personnel. R S Suri’s efforts had forced the Indian government to change his status from killed in action to missing in action.

The book has  stories that would prove the truth behind truth being stranger than fiction, each more fascinating than the other.

Wing Cdr H S Gill, India’s ace MiG 21pilot,  described  in the Air Force as “the father of MiG operations”  would be in his 80s if alive. Did he eject and was he taken prisoner? Did he not, and was his charred body buried on the spot? Was his body not found? Or was he indeed wearing a karha—a steel bangle –when the body was found? And there was also a bewildering version sourced to Chuck Yeager, who headed the US Military Assistance Advisory Group from 1971-73, and guided the Pakistan Air Force in the 13-day war.

Air Cdr I J S Boparai (retired), then a flight lieutenant talks about a shock he got when he went to Iraq as an instructor from 1979-81. One of the cadets who had returned from a training assignment in Italy relayed a story shared with him by a US officer in a bar. “The US officer had revealed that they had an ace IAF pilot, whom they got from Pakistan after the 1971 war, to test a MiG 21 aircraft. This was a MiG which Israel had stolen from the Iraqis, and was later given to the US for evaluating against another aircraft. The unnamed Indian pilot apparently did wonders as he flew the aircraft for the US. It’s very likely that he was talking about Wg Cdr Gill because he was the only ace MiG pilot missing since the war. I said to myself, “Beda gark”(What the hell!)

Chander’s deeply researched book is  rich in stories like those of the Suris and the Gills.Totally in the finest traditions of journalism, she has been curious about all the angles—all 360 degrees of them—and sought information that is credible, from a wide range of sources including published and unknown till date. She has discounted those that seemed wishy-washy, and appended documents. She has humanized each case study, making the book on the 54 Indians declared missing in action readable. And she has presented the official version put out by government agencies on both sides, and what families have found --from unofficial sources, reaching out really far, as far as they could, tapping every source and holding on to hope  and clutching  every fragile straw and shred of  information.

Her book is as much about the families, friends, the helpful others—not government.  There is a wealth of information people should know about these heroes, but few actually may. Between 1976 and 78, there were six exchanges of prisoners, in which 263 Indian and 458 Pakistani detainees were released. But the missing defence personnel about whom there was significant evidence of them being in Pakistan never surfaced.

At a time when all of India knows about Kulbhushan Jadhav, it is only fair that other heros or martyrs get their place in history and their due in the hearts of our people. There is a case for talks with Pakistan, and the status of these people being the main agenda. For we too have their men who went missing in action.

Title: Missing In Action: The Prisoners Who Did Not Come Back