The times they are A-Difficult

Ansari, who gave away  the IPI award for excellence in the national capital on Friday, to NDTV referred to the traditional media’s job of seeking facts, forgoing fiction, and  coping with objective and subjective  difficulties that inevitably confront any journalist.

While he was confident that the high standards set by the award winning channel would be sustained and even improved upon, Ansari was quick to add,“This is easier said than done.”

Coincidentally it was the  day when the Ministry for Information and Broadcasting slapped a 48-hour ban on  two channels—Asia News and Media One News -- for “questioning the RSS, and  being critical  of the Delhi Police”. It pertained to the coverage of the Delhi riots on Feb 25.

The former vice president elaborated  on what had changed .  “We once took pride in the principles of the Constitution, in Rule of Law, in the accountability of the executive , in the independence of the judiciary, in our dedication to the maintenance of our composite culture and promotion of fraternity. Today, we question many of these in deed if not in word”.

A former diplomat, Ansari  left it to the audience to decide where we stand, but unambiguously observed that  dissent was at a discount. While  the task of choosing between an open society and its enemies was ours,  time , he said, is not elastic.

“The world beyond our borders, as also our own right-minded citizens are recording in meticulous details our fall from grace”.


It is difficult times, also because of the corona virus that has got all of us in a tizzy. 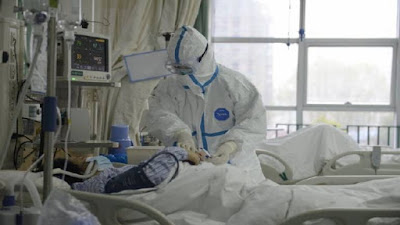 A forward  that Bangalore –based radiation oncologist Dr Nalini Rao, received got her pondering. It went thus:

"In times of coronavirus crisis when a simple mask is being sold for INR 600 and sanitizer for INR 999.....not a single doctor has raised his/her fees despite risking their lives and their staff's lives!!!

Courts may have made patients a consumer but for us doctors our patients are still human beings who need a healing touch."

She says it made her feel proud to be a doctor in these extraordinarily difficult times.
“A time when young doctors are being asked/ ordered to put their lives at risk - treating patients , very often in suboptimal conditions and little personal protection! We do it!” she says.

It saddens her the more when doctors( “again our most vulnerable younger colleagues”) are being assaulted by the very same families they are trying to help.

In a medical career spanning almost four decades, Dr Rao says, “I have yet to meet a doctor who is willfully negligent. Some may be undertrained , but never negligent,” she says , pointing out that  the public forgets that a doctor has put in 12-15years of his best life to become a specialist.  “ They  definitely did not do this just to kill patients or make money; there are easier ways to do both.”

The difficulty does not end there. Government policies contribute their bit. “It is difficult when we physicians have to watch patients get inferior treatments , either because  they cannot afford the treatment or they don't have access to it. We treat patients on 'schemes'  fixed by the government”. While  more numbers are getting  some benefit, she doubts if   anyone gets complete treatment or cure.

It is  equally difficult  for doctors like her to see the increase in lifestyle disease simply because human beings are irrational -  food choices continue to be bad, sedentary lifestyles are becoming the norm, tobacco  consumption may have decreased in the West but continues to rise in India, alcohol consumption will continue  “The list is endless!” she says. 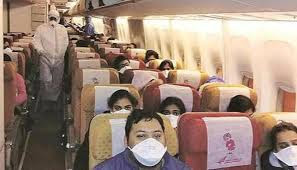 And imagine the plight of the Air India crew that has been rescuing the corona virus-infected or suspected Indians back home to India !

Air India’s Captain Amitabh Singh who was the executive commander of the national carrier's flight that flew in twice back to back  on Feb 1 to rescue Indians from Wuhan, has told his circle of friends how, the minute he volunteered to fly, the other 33 crew members were all set. Their only queries , on the rescue operation that would be different from anything they had done in the past, according to an India Today report(double click to read it), only pertained to the precautions, the dos and don'ts.

people continue to try to stock up N95 masks and  hand sanitizers that are in short supply or not available to doctors and medical staff at hospitals dealing with corona virus cases.

they  continue to cancel flight tickets and hotel reservations, bringing the economy , already hit by the collapse of the global supply chain, on account of the virus.

and the Modi government must have seen the sense in Ansari’s words, and decided not to fall from grace. On Saturday morning, the government lifted the ban order.Never mind that the damage had already been done, and the media had been warned if not muzzled.