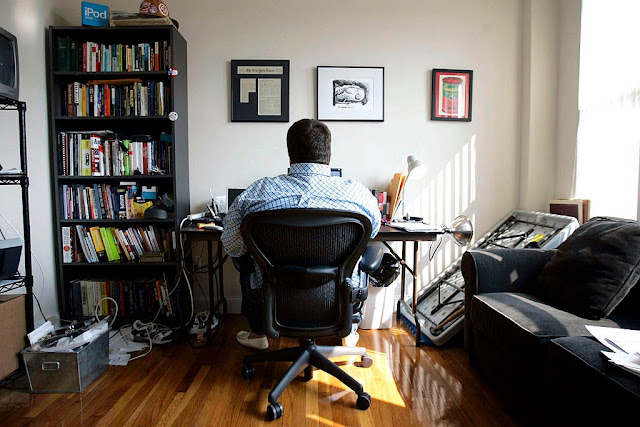 Work from Home , or  WFH, as millennials call it , is finally becoming a reality for quite a few people . Something that many have long fancied , it is bringing with it a new experience.

A friend has learnt from her young adult children that divorces were going up amongst couples who were hanging by a fragile thread, but are now working from home! Proximity in the times of social distancing? Definitely not a good idea, they say.

A professor at a private university in Gurugram has ordered himself a PC , and a study table with  a keyboard tray and space for a CPU.  The wife, he says, has been nagging him to clear the clutter, because the dining room has had to double up for office and studio from where he will teach students. And it has been barely a couple of days.

Many serious 50 somethings are learning skills they thought they would never need—like being in front of the camera, recording a good quality video lesson and uploading it. People accustomed to “staff” switching on the  networked systems are finally figuring it out for themselves.

While the virus driven WFH scenario has changed the work place for some, doing office work from home was a hot new idea about three decades ago, when computers became affordable in India, and we had dial up connections courtesy the BSNL.

People with Internet access were few and far between. But the idea of using the PC at home for work created, in certain circles, a buzz about “tele commuting”. Driven by our IT sector that was booming, many wanted to work from home, but few companies offered the option. These were largely the software companies, small  ad firms, and some media houses.

And there was a sprinkling of smart young men and women who worked from home and made a kill in the booming capital markets. A relative who gave up his corporate job and began trading did so well that family members disapprovingly said he had turned a gambler! Talk of envy! 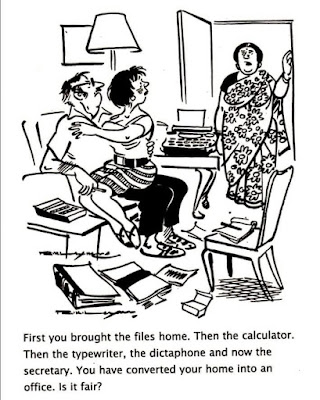 The WFH idea however got a real big push when mobile telephony came to India. Many young men and women had their feature phones glued to their ear, and fingers on the laptop keyboard as they worked from home, and became their own bosses ! They tried to sell mutual funds and insurance policies, do ticket and hotel reservations, show properties for rent or sale, etc. They wrote jingles, made music, wrote copy.And then came the start up revolution, way different from the WFG--work from garage--phenomenon of the late 1990s .

Cut to now when the deadly virus is threatening to grip us. When the novelty of WFH wears off and the jokes  give way to the harsh reality, people will, by and large , find that having family members  around does not make for a great work atmosphere ! The friends “dropping in” can be heartbreaking – you cannot drop your work, and you cannot drop them!  And how about that tempting movie at the cinema near by? Or the club ?

Truth be told, the home may not be as welcoming as the office !!

As I raved over the office as a better place to work out of, my home maker sister pointed out that even though she has not gone out to work, she appreciates the work place immensely! Her husband and both daughters had been “working from home” the last three days. “My workspace has been taken over” she rightly maintained!

There are many who cannot WFH-- the maids, the drivers, the masons, the plumbers, the florists, the caterers among a thousand others for example. And most importantly, the doctors , nurses and paramedics will necessarily go to the hospitals, as they always have. The media will be out wherever the news takes them! And many who have always wanted to work from home will also want to be out there. For, now WFH has come as a few steps short of curfew. It has not been a matter of choice.