Nizamuddin  has always been about a divine evening of qawalli that touches one’s soul at the Dargah of  sufi saint Khwaja Nizamuddin Auliya, and his spiritual disciple,poet Amir Khusrau—who penned the original, timeless “Damadam Mast Qalandar”. In fact the area gets its name from the  sufi saint, and is an iconic cultural landmark of Delhi. 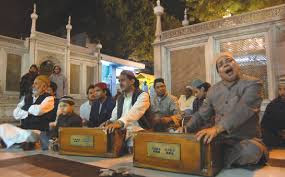 A railway track  divides it into Nizamuddin West, where the pearl-domed Dargah is located with an eclectic bazaar along narrow lanes of shops owned by Muslims.

Nizamuddin East,  a residential area ,is also where  Humayun’s Tomb is located.  The who’s who of the capital—not government—have homes in  this lush and beautiful part of Delhi . One of them was Sheila Dikshit, the much loved late Delhi  chief minister.

The Dargah has always attracted  people of other religions too –they would offer “chadars” and tie a string on the marble jali wall, make a secret wish and offer a prayer. Those who  want to take  visitors out for good non vegetarian food did not look beyond Karim’s  near the Dargah, but there are many less known eateries that are very popular locally for their biriyani, korma,naans and the Kashmiri flatbread,the ksheermal. 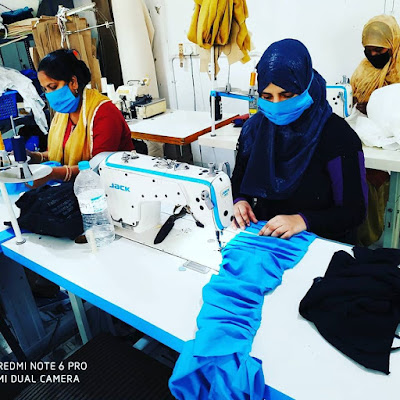 There is also a great urban renewal project underway at Nizamuddin Basti. Members of Insha-e-Noor, a women's enterprise supported by the Aga Khan Trust for Culture are in fact making cloth masks for community members, construction labour and others in need of masks.

While Muslims and local residents may know about the Tablighi Jamaat Markaz, tourists and other visitors at Nizamuddin would not have looked that way—regardless of the building standing out in that area of tiny, congested houses.

The hustle-bustle of Nizamuddin has now given way to a deadly silence. The seemingly defiant congregation of an estimated  more than 2000 people inside the building, put their own lives, as well as those of all humanity at risk in the face of the corona virus. This included preachers from abroad,who are  in India in violation of visa rules. The speech of the  Markaz head ,Maulana Saad, now in hiding, is enough to make any sane person, and anyone who loves his own life and the well being of others, angry. The building is sealed as police and health workers all over the country try to find those who were in the congregation . The area is being sanitized given the covid positive results showing up in the case of many who were in that congregation, or contacted it from them, across the country.

Najeeb Jung, former Lt Governor of Delhi minces no words.“The markaz of the Tablighi Jamaat at Nizamuddin is singularly responsible for the death of several persons and for passing on the coronavirus infection. Whoever runs the markaz is culpable and must be punished under the relevant sections of the IPC. It is incomprehensible that when the country is under lockdown and the Union and state governments are fighting a relentless war against a monstrous pandemic, a microscopic section of religious fundamentalists exposes large sections of the population to disease and fatality,”he says in an OpEd piece in The Indian Express.

The former bureaucrat writes that  “the larger problem is that the community is being dominated by maulvis and maulanas, who sit in seminaries and mosques, and make a fashion of issuing fatwas. I have a vast number of non-Muslim friends who have enormous sympathy for the Indian Muslim community. They are extremely concerned about their economic conditions, lack of education, and poor and inadequate political leadership. They talk of India’s inherent secularism, the strength of its Constitution and they challenge the cow urine-drinking parties as a means to fight the virus. However, they are also fighting an increasingly losing battle against the Hindu right, and the fence sitters, when challenged on Muslim conservatism and archaic beliefs.” 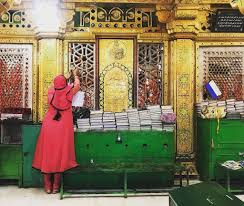 Jung is not the lone Muslim to feel that way. The Tablighi Jamaat has indeed left many good Muslims feeling let down, angry and frustrated.

Former professor of political science, Delhi University and one time Member of Parliament, Shahid Siddiqui tweeted, “If Tableeghi infected anyone , it was their own or Muslims they met around the area or mosques they visited. Tablighi Jamaat has always been a threat to modern education of Muslims, today they damaged them much more. Muslims should realise the damage they are inflicting on them”

The happy fallout is that majority of those in public life and the media are walking that extra mile to ensure that the Muslim community is not targeted for the Tablighi carelessness , and that it does not result in communal tension in already fragile times. Like most other places of worship, most mosques are observing the lockdown and following the government directive on social distancing.

Now is when many would have wanted to offer a “chaddar” or tie a thread of faith through the marble jali of Nizamuddin Auliya and prayed for eradication of the corona virus. And also  pray that people are not misled by religious leaders.