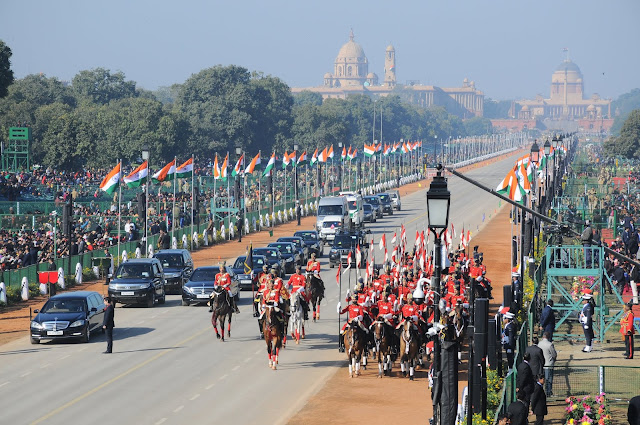 By Vijaya Pushkarna Republic Day 2020  Parade Rehearsals. Photo by Pramod Pushkarna Our 71st    Republic Day is   the perfect time to set a   new goal that may be even tougher than fighting to defend our Constitution and all that it offers us. To reclaim clean politics. And start with conduct towards rivals. Indian politics has so degenerated over the last few decades that the major challenge has been to restore credibility in politics as well as politicians. Corruption ate into the system like termite. And as scam after scam came to light, there was a time when most young people preferred not only to stay away from it, but also stay away from voting. It was not just about the resources that were pocketed by politicians. It is also on account of   the gutter level to which politicial discourse had fallen, complete with the language they used particularly when discussing their rivals . Political rivals or opponents are projected more like enemies to be shot down. But
1 comment
Read more 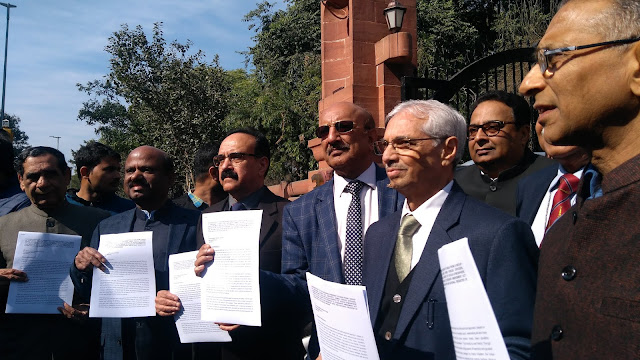 By Vijaya Pushkarna Far away from the protest grounds and the women and students, India saw   two totally different takes on the Citizenship (Amendment) Act 2019, on Friday. A   10-member delegation under the aegis of the Indraprastha Vishwa Samwad Kendra(IVKS), an RSS affiliate, met President Ram Nath Kovind   , saying they suspected “an external dimension to the disturbances being created” and urged the Government to look into this matter “with all seriousness and safeguard the democratic institutions of the country and take stern action against such forces”.   The  representation that the 154 signatories gave the President, says, among other things, “The fear mongering which is being spread across the length and breadth of India appears to be motivated and with a sinister design to harm the nation. The coordinated manner in which this campaign is being carried out and the violent nature of protests in which public and private property has been destroyed, has grave
Post a Comment
Read more

The brouhaha over azadi 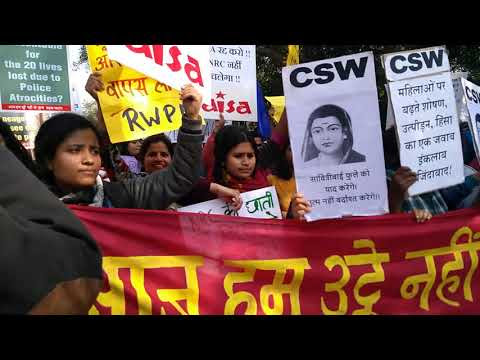 By Vijaya Pushkarna Uttar Pradesh Chief Minister Yogi Adityanath said if "pro-azadi slogans are raised in the state in the name of protests then it will come in the category of sedition and stringent action will be taken by the government". The worst time to find one's tongue is when one has lost one's head. That would be true of  leaders commenting on the protests over the Citizenship (Amendment)Act 2019, without , hearing the women and students as well as their slogans. At a recent rally in the national capital, there were slogans of "azadi".   Prime Minister Narendra Modi and Home Minister Amit Shah displayed wisdom as they did not say the sloganeers would be hauled up for sedition as they were " hatching a  conspiracy against India". Senior ministers and the ruling party would do well to listen to the "azadi" slogans one heard as participants in a protest marched from Mandi House to Jantar Mantar. Those who
Post a Comment
Read more

What makes the protestors invincible 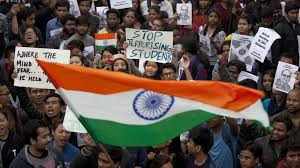 ByVijaya Pushkarna The women, youth and students who are  out on the streets , in Shaheen Bagh ,Delhi or   Hazratganj in Lucknow, or elsewhere in the country exude   an invincibility about them. They appear unfazed by the   assertive voice of power   as Prime Minister Narendra Modi and Home Minister Amit Shah   thunder that they will not step back an inch from implementing the contentious Citizenship (Amendment) Act 219. The women were   disappointed but not deterred when   the Supreme Court   did not stay the implementation of the CAA as a three-member bench that included Chief Justice S A Bobde, took up the 140 petitions challenging the new law on Wednesday. There is a convergence of causes in these protests. Quite a few women point to the children they have brought with them, and worry about their future—education, opportunities, employment and so on. Women’s safety was also mentioned. The Prime Minister has charged those “who have been rejected by the people o
Post a Comment
Read more

On his Majesty's Secret Service

By Vijaya Pushkarna Sitaram Yechury, the erudite General Secretary of the Communist Party of India (Marxist) has described the post of governors as “superfluous”, and suggested it be abolished. There were innumerable examples of governors exceeding their brief, many have imposed central rule in the states, and courts have intervened in time to put them in place, he elaborated The   provocation   for Yechury’s suggestion is Kerala Governor Arif Mohammad Khan pulling up Chief Minister Pinarayi Vijayan’s government in full public view. He was angry that the government had gone to the Supreme Court to seek the abrogation of the discriminatory Citizenship (Amendment) Act, 2019. The state government did that after passing a resolution in the legislature. Khan’s ire was also because he was not consulted and bypassed. That he said , was unlawful. “I will not allow the Constitutional machinery to collapse in the state”, Governor Khan has asserted.   According
1 comment
Read more
More posts