The times they are A-Difficult 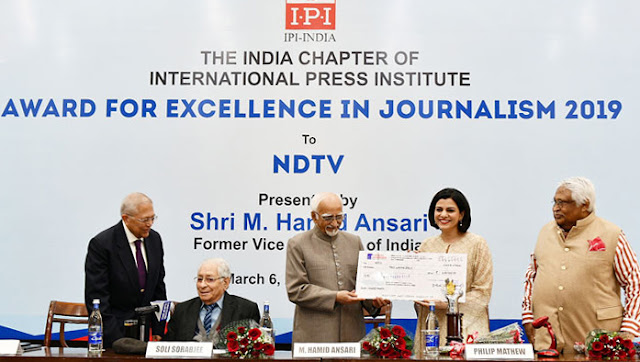 By Vijaya Pushkarna Former Vice President Hamid Ansari presents the  IPI Award for Excellence inJournalism 2019 to Nidhi Razdan, NDTV “We live in difficult times ,” M Hamid Ansari, former vice president observed.  Ansari, who gave away   the IPI award for excellence in the national capital on Friday, to NDTV referred to the traditional media’s job of seeking facts, forgoing fiction, and   coping with objective and subjective   difficulties that inevitably confront any journalist. While he was confident that the high standards set by the award winning channel would be sustained and even improved upon, Ansari was quick to add,“This is easier said than done.”   Coincidentally it was the    day when the Ministry for Information and Broadcasting slapped a 48-hour ban on    two channels—Asia News and Media One News -- for “questioning the RSS, and    being critical    of the Delhi Police”. It pertained to the coverage of the Delhi riots on Feb 25. The former v
Post a Comment
Read more

A day as @narendramodi 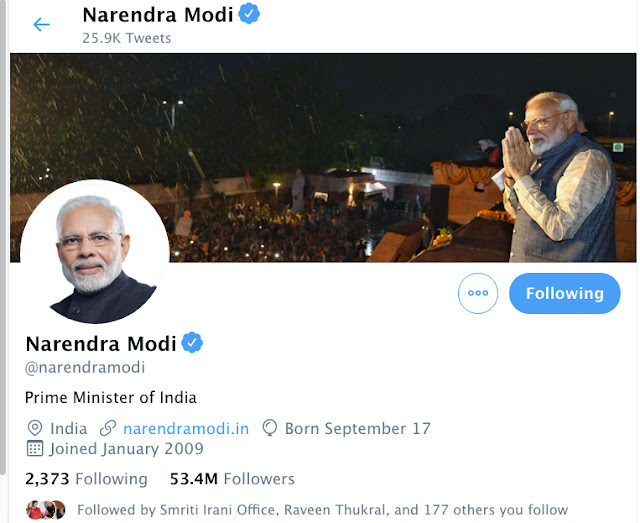 By Vijaya Pushkarna Many Indians are waiting for March 8. Not because it is International Women’s Day, but to see if Prime Minister Narendra Modi  will actually give up his social media accounts on Facebook, Twitter, Instagram and   YouTube.  He had tweeted on March 2 that he was “thinking of” doing that on Sunday, and mentioned he would keep his followers posted.  Even before his next post on the subject, the world of social media was ablaze with why the Prime Minister who enjoys 53.4 million followers, would do  that! According to   www.brandwatch.com , Prime Minister Modi has the 18 th largest number of followers on Twitter,   even Shakira of the “Hips Don’t Lie” number trails behind. Most of the top 20 are Hollywood ,show world celebs, there are a few chat show hosts, a sports star, and three political leaders.Modi trails behind the US President Donald Trump and the former US President, Barack Obama who tops the list! The Prime Minister’s tweet that he was t
1 comment
Read more 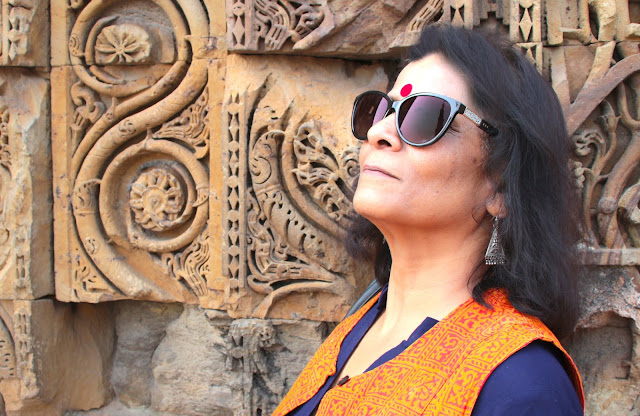 By Vijaya Pushkarna “My name is Adhira Goswami” “My husband’s name is Gaurav…. Mazumdar” “My daughter’s name is ….” And she pauses, thinks, runs to the daughter’s room, flips the pages of dozens of books there, looks here and there.   “I remember” made by Geetha Sahai in mid 2018   is an intense hour long drama film in a happy mix of English and Hindi .The film is going to  be shown at the 11 th Annual Women’s History Month Festival, New Jersey, USA, on March 31. The festival celebrates women in   film, music and art , and    is on from Mar 25 to April 16. A variety of films of different genres from all over the world are slated to be screened.   Geetha, who is co-director of her production house Heart and Soul Media Pvt Ltd, is delighted, but it is not the first time that she and “I Remember” are seeing laurels. What  has always brought her joy is the appreciation of a subject close to her heart by viewers, and the message that they take home.  The f
Post a Comment
Read more
More posts