Ram , the man of the moment 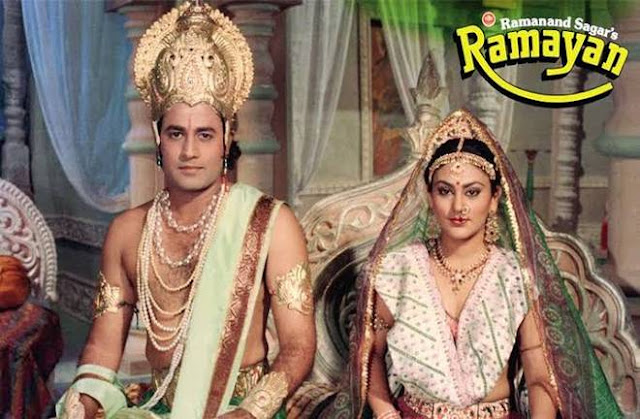 Ram is back, and how !
Uttar Pradesh Chief Minister Yogi Adityanath  began his lockdown and social distancing at Ayodhya. In defiance of Prime Minister Narendra Modi’s direction to hold all religious gatherings in abeyance and work from home during the three weeks , Adityanathparticipated in an event to shift the idol of Lord Ram to a temporary structure in the Janmabhoomi compound at Ayodhya, pending the construction of the grand temple.

Prakash Javadekar, the Union Minister for Informationand Broadcastig announced on March 27 that Doordarshan, the public sector broadcaster will telecastRamanand Sagar’s Ramayana.
We will know  in due course how many people watched it this morning,and whether the viewers were just nostalgic oldies or had a sprinkling of curious, story hungry, or bored young ones staying at home!
The serial, when originally telecast, mesmerized the nation .Most of India wore the kind of look it wears today—people stayed home, on their own, and remaine…
Post a Comment
Read more

Neelgai, spotted civet,samba deer ... all happy we are staying at home 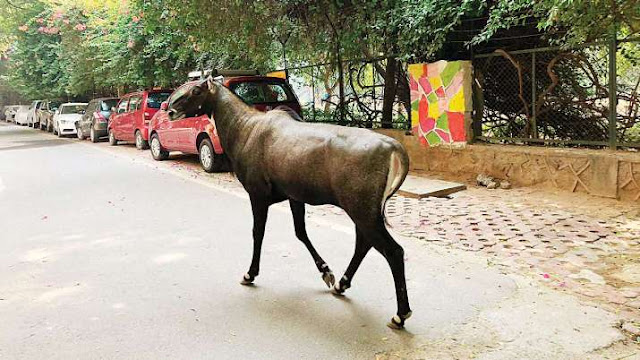 There is lightness in the air, literally and palpably. The corona threat with accompanying threats of breathing problems is real, but as real is the fact that on Day 3/21 #IndiaLocksDown, the sky was more clear  and air more clean than it has been for months now , theAir Quality Index in the national capital was a rare and happy "moderate"-- not poor, very poor. After so, so many months!
True , there is no stubble burning in Punjab or Haryana. But also there has been no movement of the fume spewing buses and bumper-to-bumper traffic on the roads. And there have been few footfalls of human beings, their three-wheelers and four-wheelers loaded with water,chips, nimboo pani etc. All this has resulted in absence of irresponsibly tossed plastic disposable cups in which irresponsible people have had tea by the roadside, and the tons of low-grade plastic bags.
For almost as far as I could see from my sixth floor balcony in Kaushambi across Anand Vihar in East D…
Post a Comment
Read more

Who should be saved first --Modi's dilemma 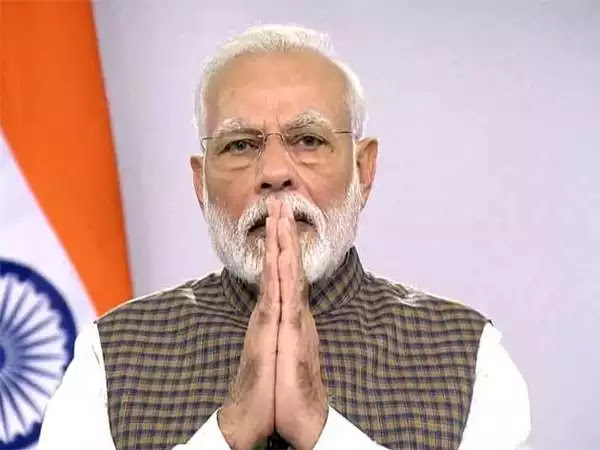 
Telephone conversations -- there are no drawing room conversations these days—amongpeople with certain interests have one common wish from Prime Minister Narendra Modi ---that health spending ought to be prioritised, and that fixing an economy already under terrible slowdown can wait.
Hisannouncement of a total three weekcurfew like lockdown of the country beginning March 25 was widely hailed, with senior Congress leader and former finance and home Minister P Chidambaram being among the first to welcome it, saying “I told you so”.
While some quarters were disappointed that the Prime Minister  did not announce relief for those who have been hit by job losses, there was relief that a Rs15000 crores immediate fund was announced for Covid19 induced healthcare needs. The Prime Minister is not expected to mention the nitty-gritties like relief for different sections, Direct Benefits Transfer, free rations, etc , but only indicate the broad  direction he is taking the co…
Post a Comment
Read more

There can be no running away, there can only be staying put. 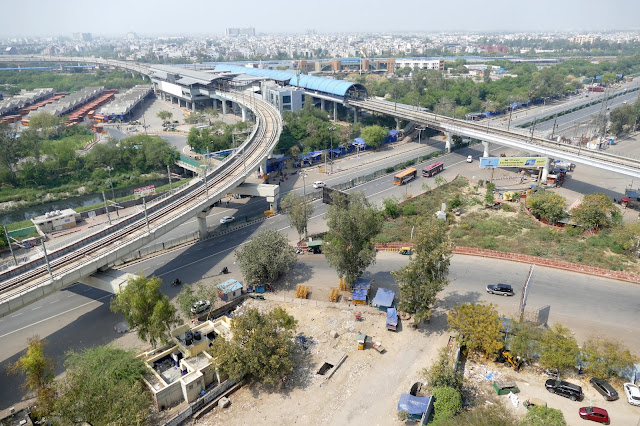 
Almostas soon as the “Janata Curfew” ended on Sunday evening, many state governments announced partial to total lockdown, indicating that ourstay-at-home during the day was a dry run to longer spells of life indoors. As citizens across the country came out on to their balconies and cheered the brave hearts in the frontline of the war against the corona virus, Air India called out thankless people, and stated that vigilante resident welfare associations and neighbors were ostracizing and calling police on its crew members who went abroad on duty.

Counting the Days Under Virus Lockdown by the Length of Trudeau’s Hair.

On Thursday, the New York Times carried a story with that very catchy headline. The hair salons in the Canadian capital of Ottawa were to open the next morning, so the reporter went on to speculate, “But will Prime Minister Justin Trudeau get a haircut, or will he continue to suffer in solidarity with voters in areas of the country where they remain shuttered?” Strictly adhering to the rules of the lockdown, Trudeau did not go to a barbershop, and his hair and beard both made for a lockdown look.
In India however most of our leaders looked no different (during the lockdown) from how they did before the third week of March when Prime Minister Narendra Modi clamped a nation wide lockdown that began to be unlocked 68 days later, on June 1. From resident barbers to visiting hairdressers, to privileges of having their favourite salon opened specially for them, they have it all.But for the lesser mort…
Read more

Sushant Singh Rajput was definitely overqualified for the Hindi film industry. Know anyone who comes close to him, in terms of education, interest, passion, knowledge etc? What drove him to end his life is a secret that he has carried with him. Over the last few years he showed that a young lad from a small town middle class background with no Sugar Daddy in Mumbai can make it big in the Hindi film industrywhichdeserves the silly name it has got—Bollywood. Luckily, Sushant was not a girl, otherwise “they” may say he slept his wayto the success he achieved. In his death , he has raised an issue that never got the serious discussion it deserved –other than as the “casting couch” talk that comes up periodically.
That issue is “insiders” a mafia of sorts, entrenched in the industry, sometimes over two generations, and sometimes even more-- long enough to call it home, claiming it as their exclusive territory. The first generation stars who have made it to the top do n…
Read more


Delhi is on a roller coaster ride as thestate tries to deal with Covid 19, and provide the necessary facilities for its  petrified people.
From a confident start saying Delhiwas prepared to deal with any spike in Covid says end May, the capital city is flapping its wings in all directions, hoping that by a miracle something—just anything—works, to reduce the number of cases, hospital admissions, ICU requirements and death on account of Covid.
One day it was the Delhi chief minister Arvind Kejriwal’s words that seemed the way forward. Don’t rush to the hospital unless you have serious symptoms, urged Kejriwal, after his efforts to reserve the beds of the hospitals under Delhi government for Delhi residents fell flat. He agreed to make peace with the Centre and cooperate and go along with Lt Governor Anil Baijal’sdirections that no such reservation will be allowed.
A couple of days later, as the surge continued, the Union Home Minister, Amit Shah, showed he was in c…
Read more