What if the migrant labour really want "ghar wapasi"? 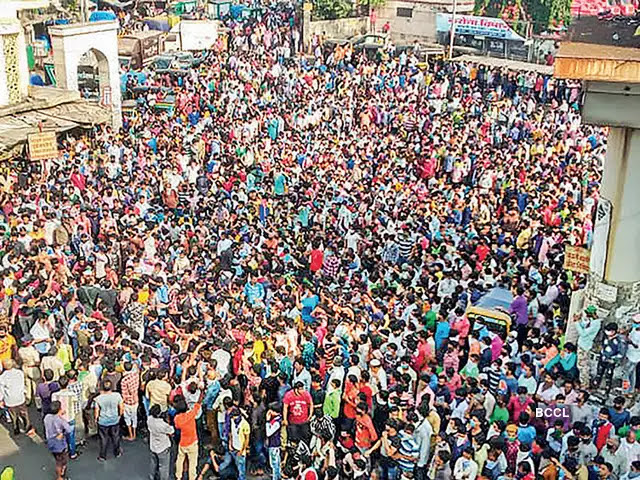 By Vijaya Pushkarna Five hours after Prime Minister Narendra Modi announced the extension of the  21-day nationwide lockout, police manning the Mehrauli -Badarpur Road near Saket in south Delhi, caught 55 migrant labourers trying to leave the city.  The police however had learned from what happened on March 27 and 28 , at East Delhi’s   Anand Vihar integrated transport depot. Thousands of migrants had converged following rumours that buses and trains would take them back to Uttar Pradesh and Bihar, eventually forcing the government to do that – in total violation of the lockdown. So on April 14, the police summoned a couple of buses and dropped the migrants trying to escape out of the sealed borders, at their homes in   Saidulajab. These were not without a roof over their head or cash or food. In fact they were trying to take back bags of rice and atta! Atul Kumar Thakur, theDCP(South) revealed that as the police were talking them into staying put and abide by t
Post a Comment
Read more
More posts